The latest update to No Place Like Home recently passed certification and will be available in the Windows Phone Marketplace in your region shortly.

There has been some noise recently around the necessity of a trial mode for paid apps and while Alan Mendelevich of AdDuplex has a vested interested in seeing more ad supported trials, I think he does a good job being impartial in his post advocating trial apps:

Paid Windows Phone apps should have a Trial. Period.

The same way users expect non-game Windows Phone apps to be Metro, they expect paid apps to have trials. Installation of an app is supposed to always be free. Purchase decision comes later….It’s not about the amount of money, it’s about workflow.

Given the above valid points, the decision was made to make No Place Like Home available as both an ad supported trial and an ad free, paid version.

There are two limitations imposed in the trial version:

This gives everyone a chance to try out the app to see if it’s useful before making the decision to purchase.

While the main focus of this release was to introduce support for public transport and a trial mode, some additional features and fixes made it in also.

One such feature is a background image option that shows a satellite image of your home address: 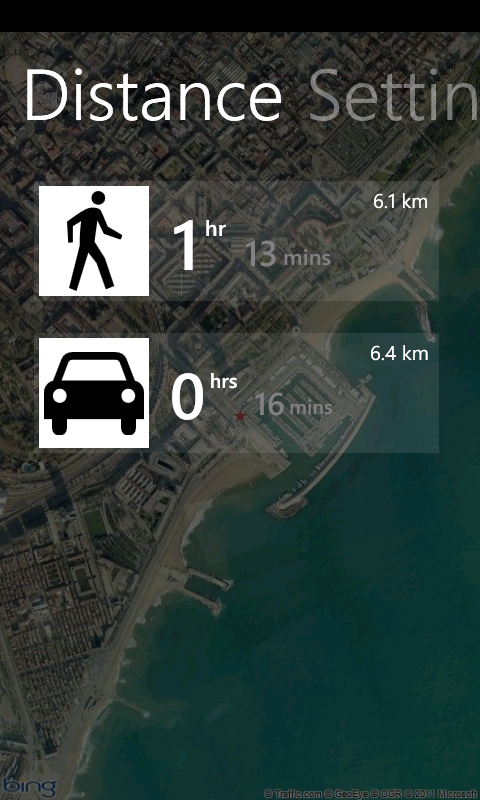 This helps the app feel a little more personal and couples nicely with the live tile that does similar: 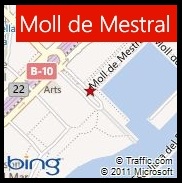 The UI has also been enhanced with subtle feedback on “stale” data and makes use of a number of simple transitions for various changes in the UI such as a travel mode availability, background image activation, etc.

Here’s a video of some of these features in action:

Unfortunately Vimeo decided to drop some frames so the last transition doesn’t show correctly, however it should give you some idea of the style of the app.

Please give the app a try, would love to hear any feedback about the usefulness of it in the comments or via the contact form on this site.